In the village of Sleza in Lower Silesia (Poland) there is kind of historic development with long narrow houses with pitched roofs set perpendicular to the main road. The site plan of this house is designed following those local conditions and adequate to the character of the old rural development and in the same time it meets a few explicit demands of the client and planning regulations.
The client wanted a large house with garage for 4 cars, the house should be set in the depth of the site and to be as hidden as possible and the garden should be hidden too. The site has different levels of the ground, the terrain is higher by the road (in the southern part) and it slops down towards the middle of the site To meet all of those demands a long block has been designed with garage at the front. Thanks to the specific shape of the ground the garage in the front part has been set into the ground.
The shape of the ground and the house configuration allowed to create 2 zones on the whole site 1. higher level ground – kids` outdoor playground – with direct access from the 1st floor kids` zone in the southern end of the house and : 2. lower garden in the northern part of the site with a direct access from the living zone on the ground floor, the lower garden is invisible from the road, it is hidden by the slope in the south part of the site. The main solid of the house is roofed with a pitched roof with comb set diagonally, Such an arrangement of the geometry of the roof allowed to set the layout of the first floor in optimal way, to arrange all the windows on desirable sides, and to direct parents and kids zones to the opposite directions. Parents` zone is mainly directed on the west, whereas kids have windows on the east and south and direct access to their southern external zone `higher level ground` and green roof above the garage. 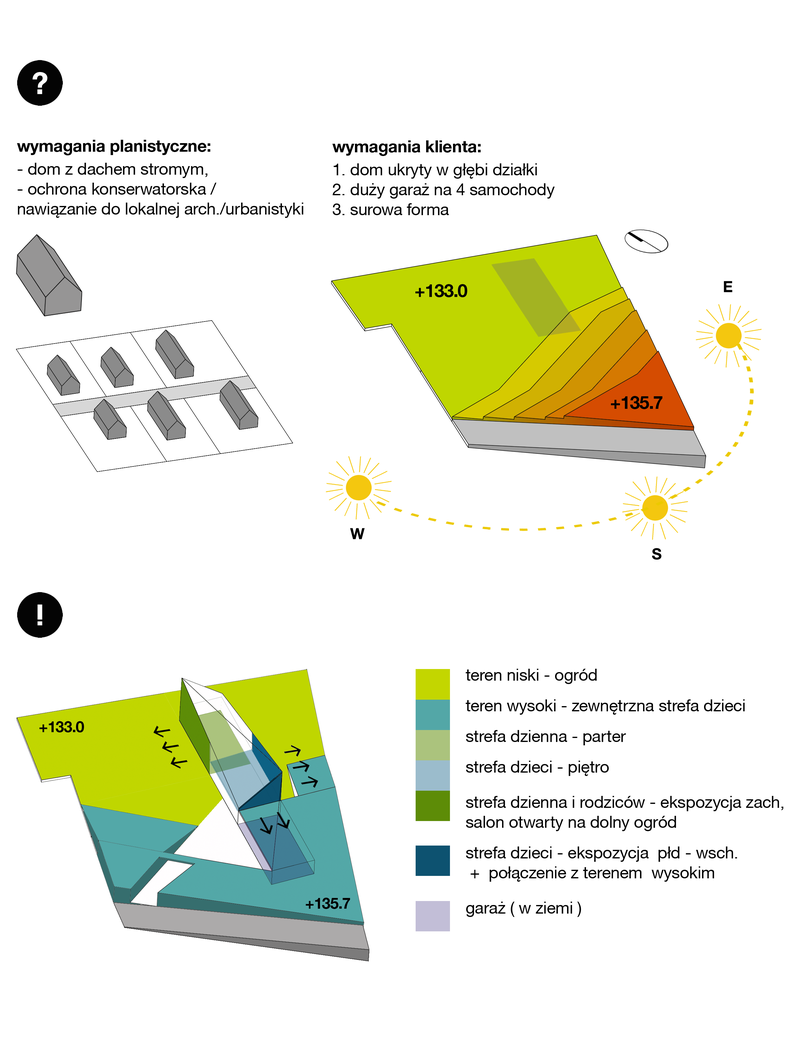